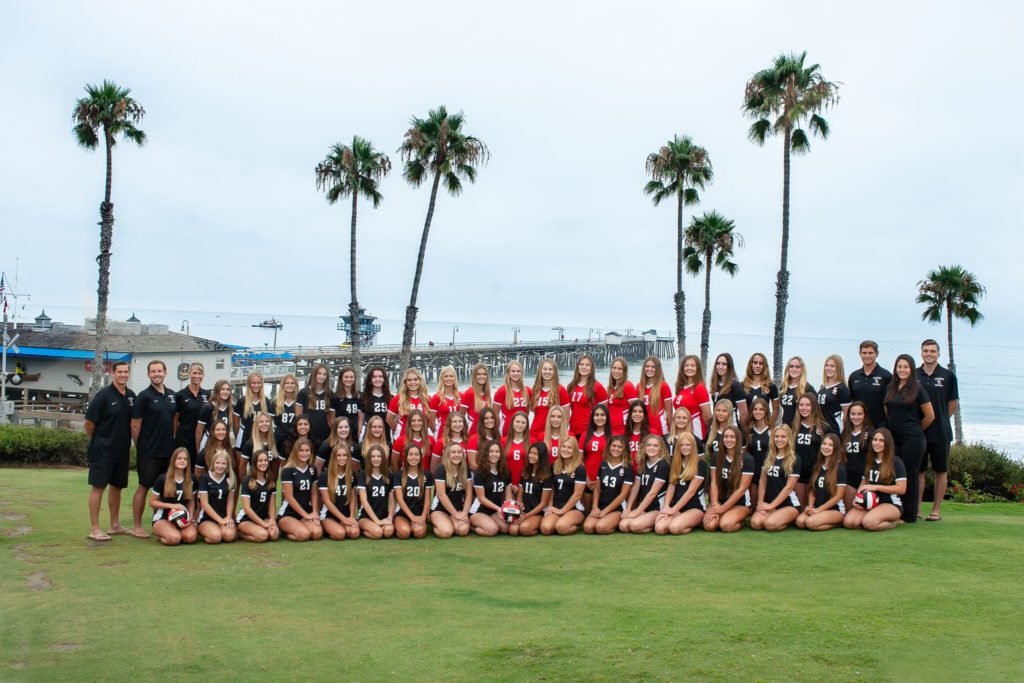 The goal of the San Clemente High School Girls Volleyball Program is to help each young woman achieve their academic, athletic and personal potential during their time at SCHS. There are numerous challenges in being a student-athlete, and we think participating in sports helps prepare these young Tritons to become future leaders. Learning how to respond to the challenges they will face helps develop the character and self confidence that ultimately will define their success. Following their playing days with San Clemente High School, we know these girls will look back with fondness on the friendships they developed, and the hard work and self sacrifice it took to be apart of this program.

Please note that the Constitution of the State of California requires that we provide a public education to you free of charge.  Your right to a free education is for all school/educational activities, whether curricular or extracurricular, and whether you get a grade for the activity or class.  Subject to certain exceptions, your right to a free public education means that we cannot require you or your family to purchase materials, supplies, equipment or uniforms for any school activity, nor can we require you or your family to pay security deposits for access, participation, materials or equipment. 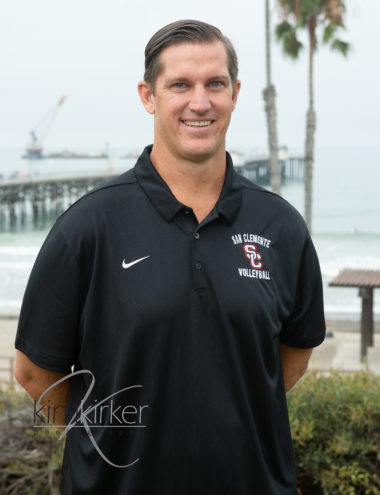 This is Coach Swenson’s second year as head coach of the SCHS Girls’ Volleyball program. He is very honored and excited to continue to be a part of the volleyball tradition at SCHS. Coach Swenson grew up in a volleyball family in Capistrano Beach. His mom was among the first to play for the women’s volleyball program at UC Irvine, and she remains an avid beach player. His dad was an English teacher for 40 years and coached boys and girls volleyball at Mission Viejo and Trabuco Hills for 20 of those years. His younger brother Dusty graduated from SCHS in 2002. He played volleyball for Coach Goldstone where he earned South Coast League MVP and All-CIF honors. In addition to volleyball, both Coach Swenson and his brother played football all four years at San Clemente.

After high school, Coach Swenson attended UC Irvine where he played volleyball for Charlie Brande, one of the most successful and influential club volleyball coaches in the country. He majored in History and was a four time Big West Conference Scholar Athlete. His love of history led him into getting his teaching credential at UC Irvine, and his love of San Clemente brought him back to SCHS in 2004 as a teacher and volleyball coach. Since then he has taught World History and AP European History, and has coached nearly every level of the boys and girls volleyball programs.

Coach Swenson was the Girls’ Varsity Assistant Coach under Rob O’Rear for 10 years and is elated to be back with the program that has been such a foundational part of his life in education. He contributed to 7 league titles and has coached multiple players who went on to be All-Conference performers in college.  He has experienced similar success on the boys’ side, winning multiple league championships and tournaments on the lower levels, including an undefeated season and two season ending tournament championships in his last two seasons. He was also fortunate enough to coach 2 players who went on to win NCAA championships.

In the last 8 years, Coach Swenson has also been blessed with the start of a loving family.  His wife Liz is an alumnus and Math teacher at Dana Hills…which we try not to hold against her!  Together they have two handsome sons, Truman (5) and Hendrik (4), as well as an extremely lovable Sheepdog/Lab mutt named Harper.  The Swenson family looks forward to spending time in the gym cheering on the Tritons.

This upcoming season promises to be exciting as we look to clinch another league title. Coach Swenson is eager to share the pride in team and community that he has experienced with all of the players on this year’s team. Expect an atmosphere that is inclusive, competitive, and uniquely San Clemente. We may all come from different levels of playing experience or clubs, but here, we are truly #OneTownOneTeam. Go Tritons!! 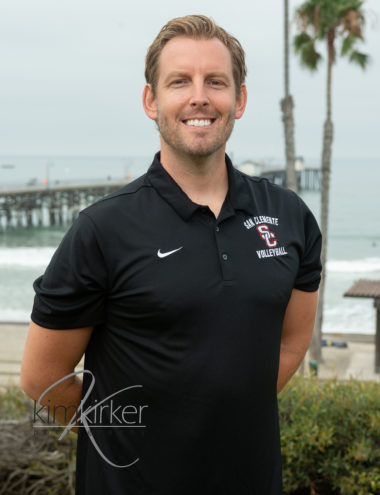 Matt Miller has been teaching English teacher at San Clemente High School for the last nine years, instructing English II Honors and Newspaper/Journalism.  Coach Miller has been coaching at SCHS for nine years as well, but is entering his eighth season coaching for the Triton volleyball program, his second with the girls’ team. He graduated from SCHS in 2005 as a three-sport athlete in football, basketball, and volleyball.  In 2009, he received his B.A. in English from UC Davis with a minor in Education, along with a teaching credential. In 2017 he received his Master’s in Linguistics and ESL Education. This season he is very excited for the opportunity to coach a talented group of players and will focus on providing clear expectations, maintaining communication, building mutual respect and, of course, winning another league title! Outside of the classroom and off of the court, he spends time with his amazing wife Amelia and their dog Valentino. 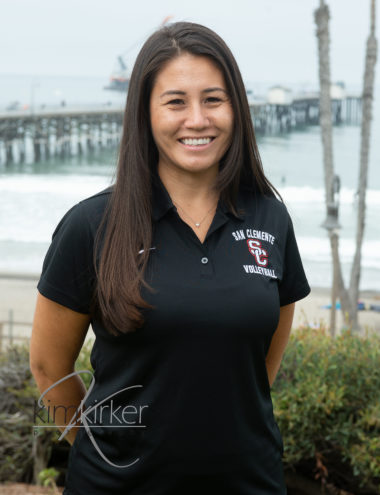 This is Sara’s 6th season coaching at San Clemente High School. Sara is returning to her alma mater where she competed as a 3 year varsity player. She went on to set at Cal State San Bernardino where she was a 3 time DII All-American. She helped her team earn 4 conference championships and 2 final four appearances. After college, Sara continued playing volleyball for a season in Norway.

Sara is looking forward to another strong SCHS season and continuing the proud traditions of San Clemente volleyball. She has a younger brother, Dillon, who also played at San Clemente and UCI. 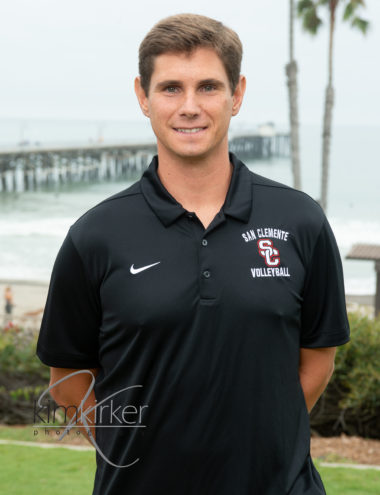 Coach Talafus began playing volleyball during summer, prior to his sophomore year of high school.  He made the frosh/soph team at San Clemente High School where he excelled during his first season of playing competitive volleyball.  He played under Ken Goldstone during his varsity season at San Clemente before graduating in 2007. He attended Saddleback College and transferred to Cal State Fullerton where he received his B.A. in History along with his teaching credential.  Coach Talafus will be starting his second year teaching history at Serra High School in San Juan Capistrano.

Coach Talafus is excited to coach this year at the JV level and excited for the opportunity to help the players develop their skills.  He is looking forward to having a competitive and exciting season. He will be entering his third season with the Triton girl’s program and recently finished his third season with the boy’s volleyball program.  He enjoys spending time with his wife Angie during his time off the court. 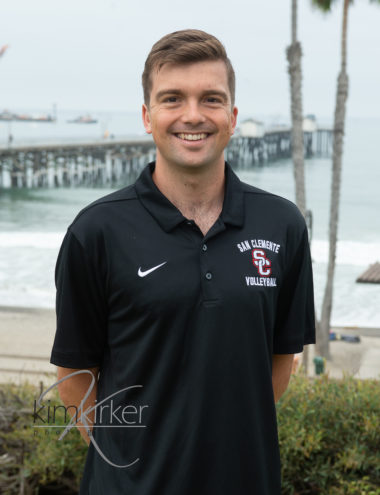 Growing up in a volleyball family in southern California, Coach Elder has been deeply involved in the volleyball community. Elder played 6 years of club volleyball at Riptides Volleyball Club and Ohana Athletic Club. He also played 4 years of high school volleyball at Capo Valley HS, including 3 years as the starting varsity setter.

Coach Elder graduated from Capo Valley in 2013 and attended Cal State Long Beach where he played on the Men’s Club Volleyball Team for one season. After playing at CSULB, Coach Elder started coaching at Ohana Athletic Club. He coached there for 4 years taking on a wide range of teams both boys and girls U12-U16. During this time, He also coached the boy’s JV team at Marina HS. Coach Elder graduated from Cal State Long Beach with a degree in Kinesiology in the spring of 2017 and a teaching credential in 2019. Coach Elder is currently coaching at 949 Athletics and is in his second year at San Clemente High School. He is humbled and blessed to be a part of the girl’s volleyball program at San Clemente and is looking forward to building up student athletes to be strong leaders both on and off the court. 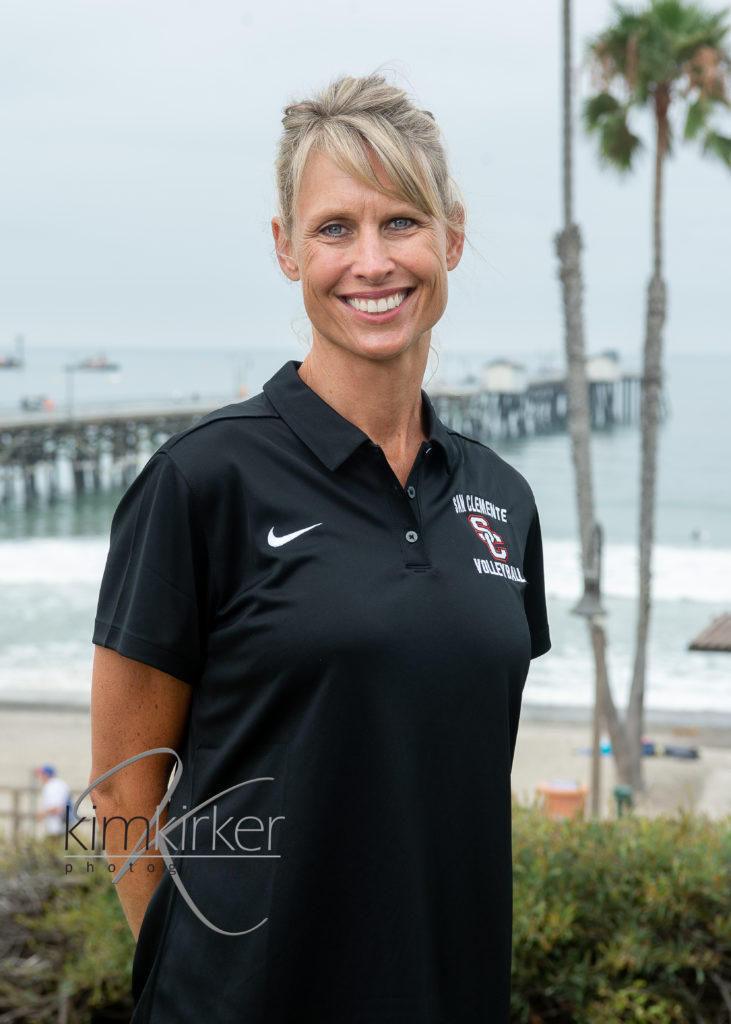 Ali Loper is ecstatic about the opportunity to join the Triton coaching staff and successful volleyball program here at SCHS.

Ali grew up in northern California and was a three varsity sport athlete (volleyball, basketball, and softball) for Monte Vista High School in Danville. Ali fell in love with volleyball from the start. She continued to play competitively for the top ranked Griffin Volleyball Club team and won bronze at Junior Nationals. Ali earned the opportunity to train at the Olympic Training Center in Colorado Springs for the Junior National team. Then she was recruited to play Div 1 volleyball for the University of Colorado at Boulder earning a full-athletic scholarship and competed in the NCAA tournament all four years. Ali ended her career as team captain and became the programs all time leading blocker, Go Buffs!

For the past few years, Ali has been a Capistrano Unified School District employee as an Independent Facilitator (IF) working in the special education department at Vista Del Mar Middle School. Also, for the past 7 years she has been a Talega programmer and run a volleyball skills clinic for players of all ages.

Ali’s greatest pride is in her family. Her husband Ian, is a San Diego native and prior CU Buff football player. They have two kids, Jack and Quinn, who have been raised in San Clemente for the past 12 years. Both kids are multi-sport athletes and play volleyball year around.  Ali and Ian have high hopes that their children will have the fortunate opportunity to join the Triton family and be student-athletes at SCHS in the near future. 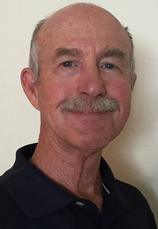 involvement with the sport of volleyball. He was often in the right place at the right time. As a

players took him aside and taught him the fundamentals of the game. One of those mentors

was Wally Duessler When collegiate volleyball began in 1962, the University of Redlands’

the boys’ and girls’ programs. Many of the schools best athletes decided to help establish a

over Karch Kiraly’s Santa Barbara team. In 1984, the Olympic Games came to Southern

California for the second time. High school coaches were asked to help in their respective

sports. Coach Iverson was asked by the Olympic Volleyball Commissioner to be in charge of

the warm-up court, and for two weeks was able to watch and learn from the world’s top teams

and coaches. Currently, he thanks God for the opportunity to work with the entire program,

compete successfully in our great sport!

The goal of the San Clemente High School Girls Volleyball Program is to help each young woman achieve their academic, athletic and personal potential during...